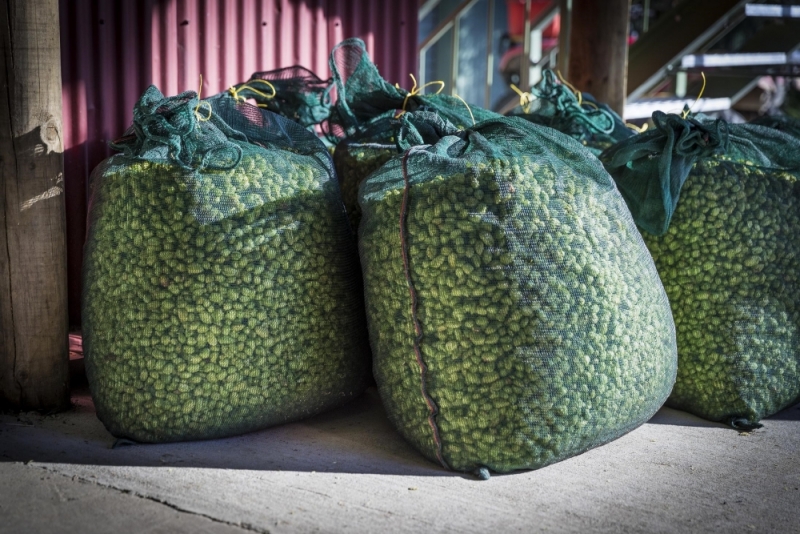 From lagers to dark beer.

We have beers to suit even the most discerning palate. 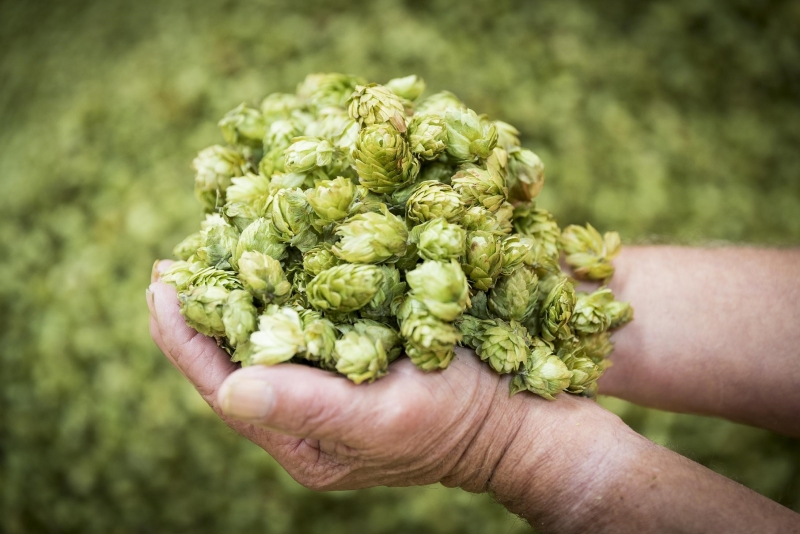 The Nelson region is the only hop-growing area in New Zealand. 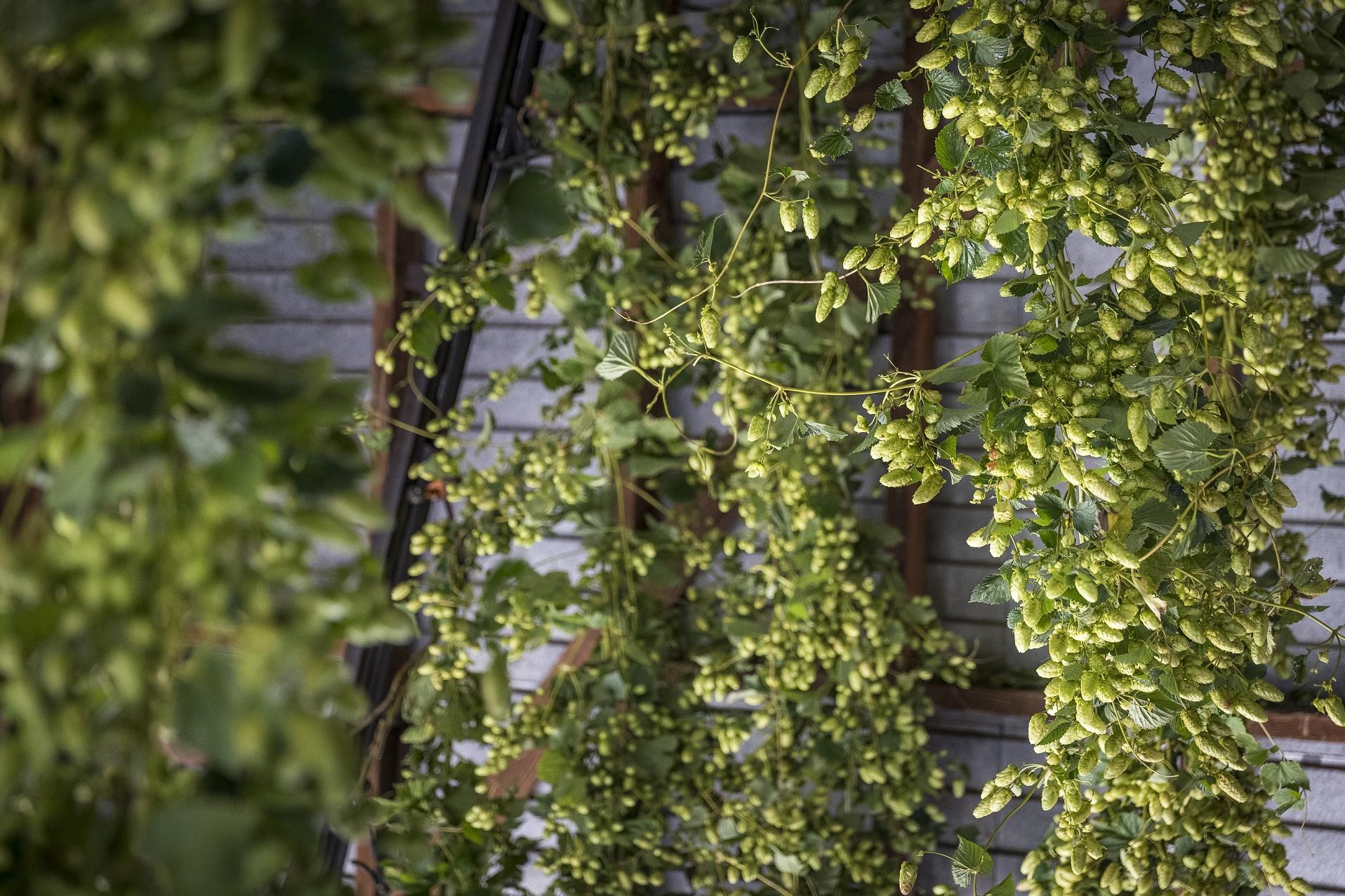 Craft Beer Nelson, Hop Farm Brewery Nelson region. Craft beers are a satisfying beverage when you’re a bit on the dry side.

Our team is just some of our keenest fans and that’s because we know, grow, and love our hops – and not just because they produce very special beer.

We have developed Hop Farm Brewery to be New Zealand’s ONLY hop farm brewery (hence the name, of course!) We began donkey’s years ago back in 2011 with four good keen men with a thirst for a very good beer. They were in the right place at the best time.

The Nelson region is the one and only hop-growing area in New Zealand. The early settlers who worked their fingers to the bone soon discovered they were parched. Happily, they also found out that hops grew and cross-pollinated more than just AOK! Fine beers were soon to be born.

Well … the rest is history.

Craft beer trails abound in Nelson and we’re right in there with our location in Wakefield. Were running things within an operating farm currently which makes visits a little more tricky than usual, but give us a call, we like to skite about our beers with old geezers, dames and young whipper-snappers alike (not too young tho’)

We have beers to suit even the most discerning palate, from lagers to dark. We currently slake the thirst of deserving folk in the Nelson region in various (copious) quantities but also have an online service coming through soon. If you like the sound of what where about then head into the Richmond mall fresh choice where you will find a selection of our beers in glass bottles and old school riggers.

Our hops are of the choicest quality and we are very proud to be producing some of New Zealand’s finest craft beer.

We also know our beer is the best thing this side of the black stump. Give it a try sometime. 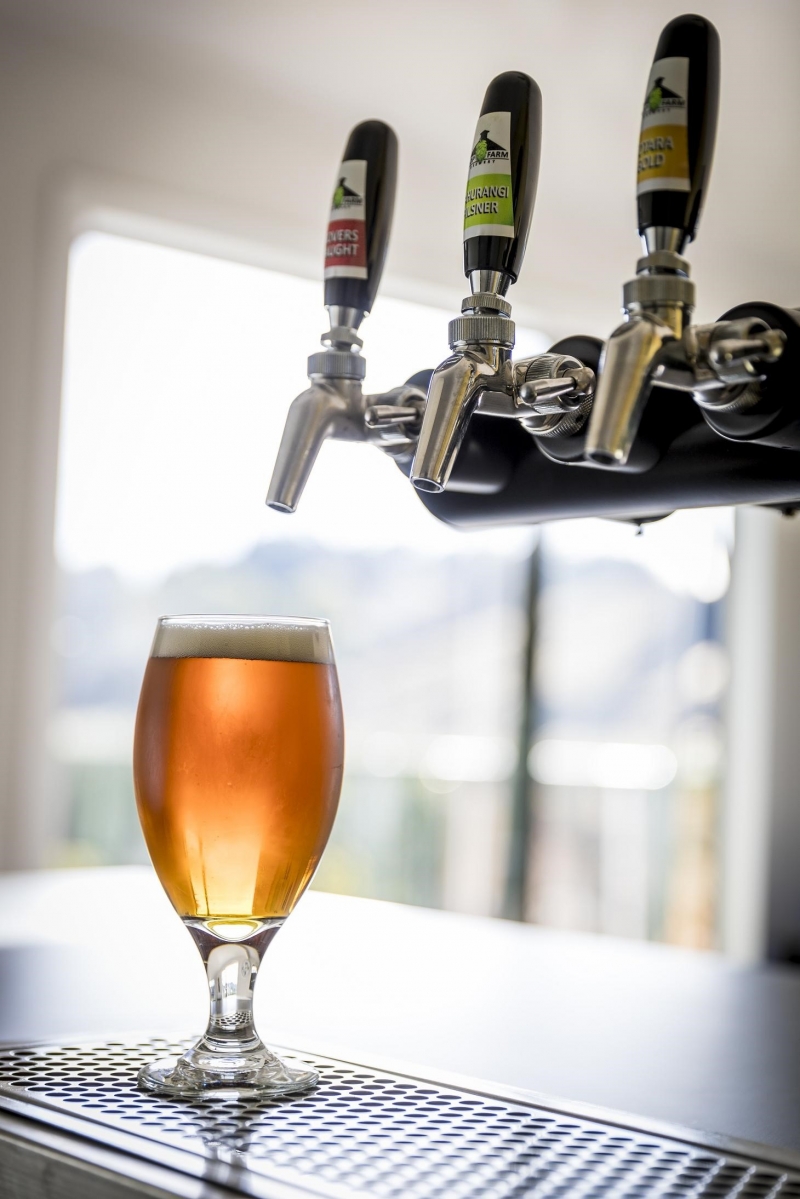 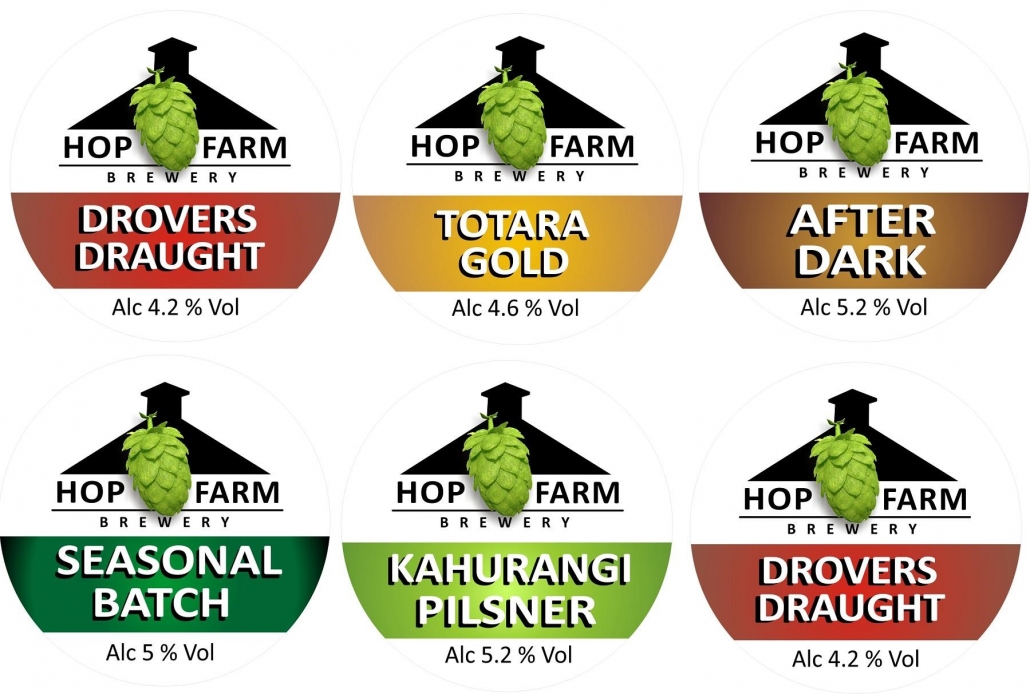 Hop Farm Brewery Nelson, for a great craft beer Nelson come and taste our Kahurangi Pilsner Bohemian Rhapsody in a glass. Pilsner beer has a history that goes back to its Bohemian origins of 1842.

That’s a cracking long time for folks to get rather fond of this pretty little drop (which of course, they did).

Our Kahurangi Pilsner is brewed from hops from the wop-wops outback of Nelson in us Kiwi’s only commercial collective hop farm brewery.

Our farms have been owned by rellies of five generations back and have been cranking out the hop varieties in our beer for yonks!

Our hero hop for this beer was growing in the hills behind our farms where the gold diggers busted a gut way back in the 1800’s. (Crikey dick, they would have chucked back a pint or two after a hard day’s yakka!)

Cross-pollinating happened hard out with all the native plants about and Bob’s your uncle, we have:

Like all our craft beers Nelson, Kahurangi Pilsner is naturally brewed with no added sugar. Craft Beer Nelson Region. Hop Farm Brewery Nelson. Come and try our Drovers Draught at our brewery which is a real utility brew workhorse of a beer. I know we keep harping on about the good old days, but those beginnings are how we came to be such awesome brewers.
Our Drovers Draught beer is a nod to the farming settlers who toiled so hard to get ahead on tough terrain.

To pay those dudes some respect we developed an award-winning hop, the Green Bullet. Apparently, it’s regarded as a flagship within the New Zealand brewing industry! For those who just like drinking beer, not analysing it, Drovers Draught is:

A very real beer
A workhorse amongst good men.
If we were to be more descriptive, we would say it has a subtle malt undertone and a mild bittering finish with raisins, fruit, and spice.

Like all our craft beers, Drovers Draught is naturally brewed with no added sugar. 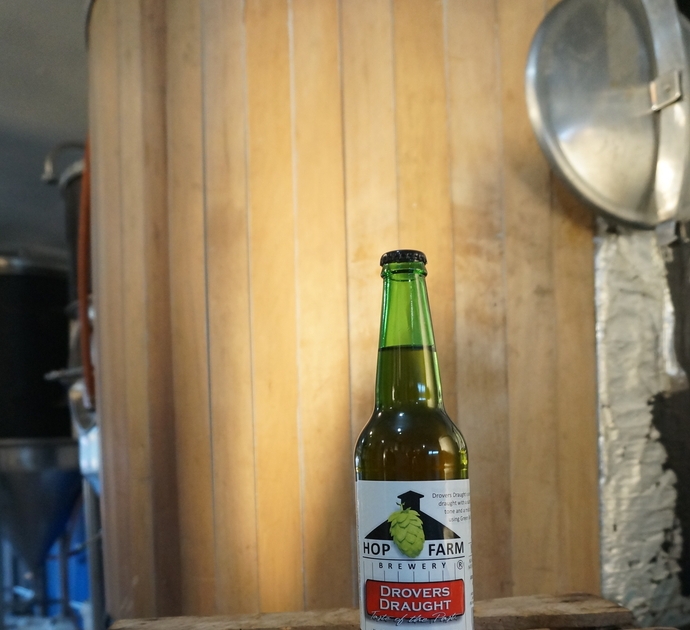 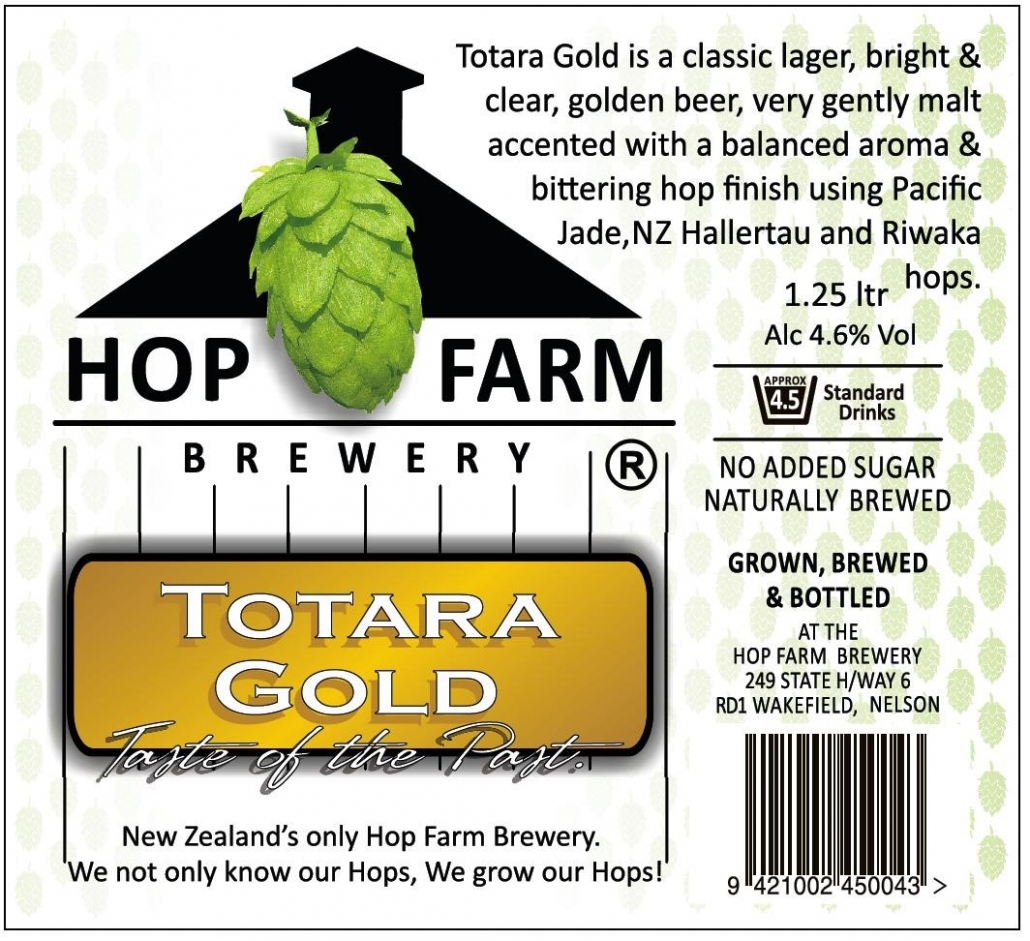 Craft Beer Brewery Nelson makes noble classic lagers, including Totara Gold which is clean, soft, and smooth. It’s never a dry argument at Hop Farm Brewery. In fact, we’re super glad the six o’clock swill was done and dusted 50 years ago. Our team at Hop Farm thinks that having the time to relax and savour a coldie is what quality beer drinking is all about.

And for the good of all mankind, pulling a pint to test our latest brew is possibly the easiest way to solve any number of world problems. Fortunately, to do so, at Hop Farm Brewery we have Totara Gold … a simply classic lager; a bright and clear, golden beer.

Like all our craft beers, Totara Gold is naturally brewed with no added sugar. 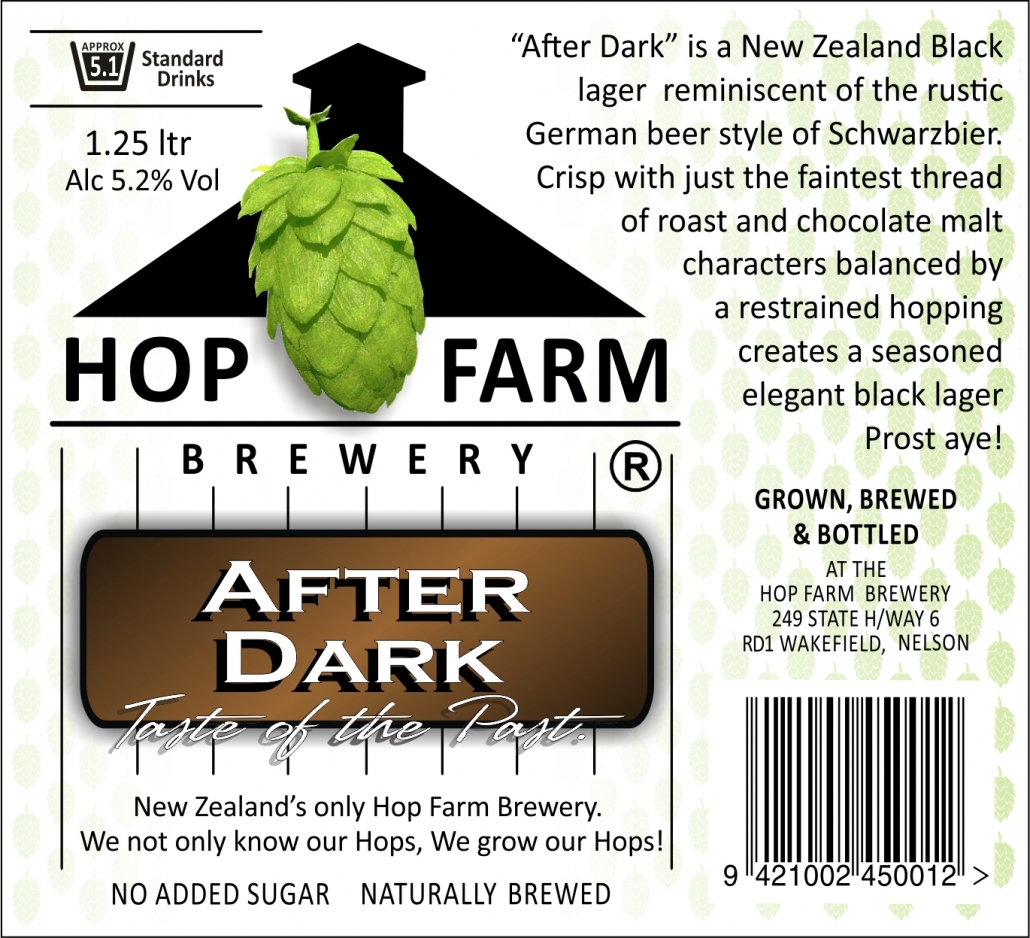 Brewery on the Nelson Craft Beer Trail, visit Hop Farm Breweries and sample our AFTER DARK Craft Beer Nelson. Schwarzbier means black beer Back in the old days, say, 3000 years ago in Germany, a black lager called Schwarzbier was imbibed.
It may well be the oldest continuously brewed beer style in the world!

Let’s face it: the Germans know their beer – and they’ve sure taught us, newbies, a heck of a lot.

So we’ve twisted and turned this rustic variety and now reckon our modern-day version After Dark is a tad on the delicious side … in fact, we think we’ve got it just right:

Crisper, drier, darker
Roasty with faint whiffs of chocolate and strong malt
Balanced by a restrained hopping creating a seasoned black lager.
Time to pull on your liederhosen and start celebrating!

Like all our craft beers, After Dark is naturally brewed with no added sugar. Keep an eye out for our next Seasonal Batch, made fresh with green hops straight out of the field into the brew.

Like all our craft beers, naturally brewed with no added sugar. 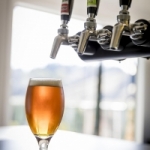 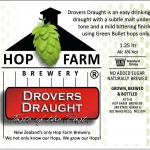 Please contact us using the details below or use the contact form – we look forward to hearing from you.